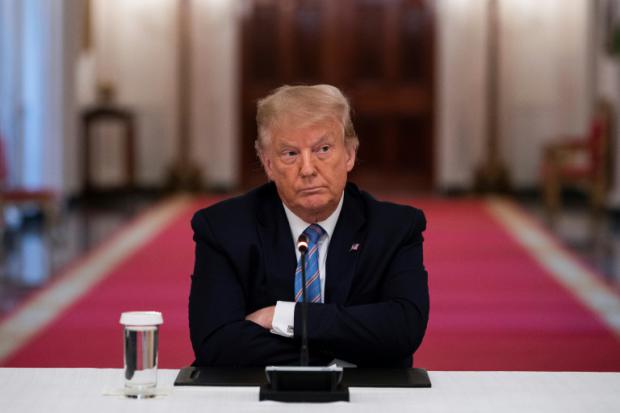 The US Supreme Court on Monday ordered the dismissal of a pair of lawsuits accusing former President Trump of illegally profiting from his presidency, after several foreign and state government officials patronized his properties - including the Trump International Hotel in Washington, located a few blocks from the White House.

The plaintiffs included hotels, restaurants and the attorneys general of Maryland and the District of Columbia, and accused Trump of violating the Constitution's two emoluments clauses, according to Bloomberg Law, which notes that "One clause bars a president from accepting benefits from foreign governments without congressional consent, while the other bars receipt of any benefit other than a salary from the U.S. government or a state."

The cases were dismissed after both sides agreed that the disputes had become legally moot after Trump's term in office ended on January 20th.

One of the key questions in the cases was who, if anyone, had standing to sue to enforce the emoluments clauses. According to the report, lower courts in both cases said the plaintiffs had legal standing, while the Supreme Court set aside those rulings as part of its Monday order - a step urged by the Trump DOJ.

The cases are Trump v. Citizens for Responsibility and Ethics in Washington, 20-330, and Trump v. District of Columbia, 20-331 (via Bloomberg)