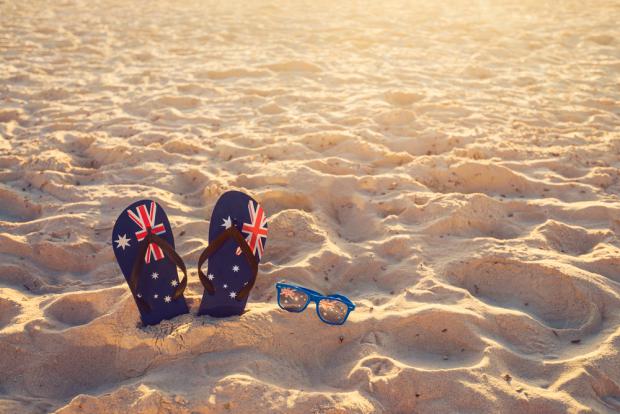 Thousands of Australians packed the beaches on Tuesday to celebrate their national day as the revellers made the most of the country's few Covid cases.

Many flocked to popular hotspots such as Bondi Beach and the Gold Coast where they partied with little social distancing in sight to mark Australia Day.

But many others protested the public holiday, taking to the streets to rally across the country against the day's colonial associations.

The January 26 holiday marks the date the British fleet sailed into Sydney Harbour in 1788 to start a penal colony, viewing the land as unoccupied despite encountering settlements.

But for many Indigenous Australians, who trace their lineage on the continent back 50,000 years, they view it as 'Invasion Day'.

Five people were arrested on Tuesday in mostly peaceful protests where demonstrators chanted 'Black Lives Matter' and 'always was, always will be Aboriginal land'.

For others, the day was a cause for celebration and many donned their swimwear and partied in soaring temperatures on the beaches.