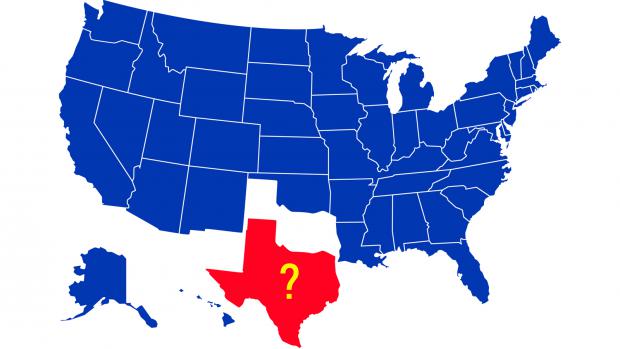 It's most likely headed for the legislative chipper to be spit out along with lots of other bad ideas. But don't laugh, Biedermann and his backers are serious. And, as I told you in my recent column about their Jan. 21 virtual town hall meeting, they're also potentially problematic, too.

HB 1359 is pretty simple. If approved by the Texas House and Senate and signed by Gov. Greg Abbott (each of which is unlikely), the Nov. 2 ballot would include this nonbinding referendum question: "Should the legislature of the State of Texas submit a plan for leaving the United States of America and establishing an independent republic?"

No, it shouldn't. But a Biedermann press release announcing the bill filing says there are "indications that the Republic of Texas would not just survive, but thrive as an independent nation."

"Voters of all political persuasions in Texas can agree on one thing, Washington D.C. is and has been broken," Biedermann said in the statement. "Our federal government continuously fails our working families, seniors, taxpayers, veterans and small business owners. For decades, the promises of America and our individual liberties have been eroding. It is now time that the people of Texas are allowed the right to decide their own future. This is not a left or right political issue. Let Texans Vote!"

In last week's Texas Nationalist Movement virtual town hall, Republican Biedermann said "The republic as we know it is dead. We all hoped that Trump would pull a rabbit out of his hat. We know the election was stolen."

Sidenote: Biedermann was in D.C. for the Jan. 6 "Save America" rally that turned into an attack on the U.S. Capitol. He says he didn't participate in the latter.

I believe Biedermann, proprietor of Biedermann's Ace Hardware in Fredericksburg, is the first Texas lawmaker I've come across who seems to not want to be an American anymore.

Because I knew you'd want to know, and because Monday was a nice day for a drive, I headed out to check out Biedermann's store in Fredericksburg. Your question, as our great national anthem sort of asks: "Oh, say, does that star-spangled banner yet wave o'er Biedermann's Ace Hardware?"