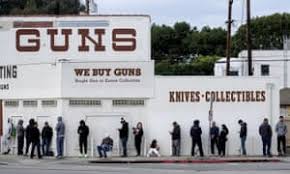 Illinois saw a 94% increase in firearm owner identification (FOID) cards from 2019 to 2020, despite being one of most anti-gun states in the nation.

"Where I usually have 50 guns in this case, there are about four now," said one gun shop owner. "We will spend more time answering phone calls about ammo than anything else in the day."

A firearms instructor said that in 2020, he "trained more people than I had in the previous nine years combined."

Ammunition would have been in short supply anyway with the surge in new gun owners, but what really exacerbated the crisis was the Covid-19 lockdowns which shut down supply lines.