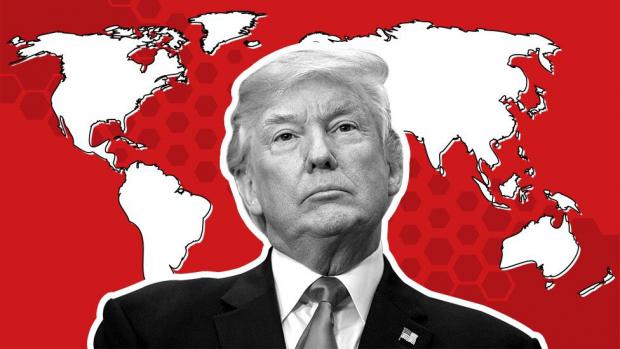 I am going to refrain from saying too much about mine and Sidney's relationship. For one thing, over time it became something like I was working for her, helping her get answers to questions, and then, something like she became my lawyer. Whichever it was, in time the relationship became something for which privilege surely applies. One cannot selectively waive privilege, and just share the things one wants to share while claiming "privilege" on the others. I know that. But what I can say is that our relationship started out with me just a volunteer walking in off the street with information, and so I can talk about that phase of the relationship, but in time it became formal enough in one way or another I will not be able to say more.

Mayor Giuliani, however, never became my lawyer, and I will not be so constrained in my accounts, as my ultimate purpose, my only real purpose, is to deliver to the public as honest a rendering as I may construct of the events between November 3 and January 6. It seems like a historically worthy thing to do.

For my part, though they thought of me as a businessman, I introduced myself to them as the proprietor of this website, Deepcapture.com. I pointed out that it had won numerous awards for its business investigative journalism back in the 2008 era, and had also been voted the best journalism regarding corruption within the United States.  I may have done other things in life but in addition I'm a journalist, and I have the rights any journalist has. Which means I can investigate what I want to investigate, I don't have to reveal a lot of things about how I learn things, and if I feel like sharing some of my findings with lawyers like Sidney and Rudy, it is not different than the dozens of other times this website has investigated things, and shared its findings with such lawyers, or even law enforcement.

That first meeting with Sidney lasted perhaps 45 minutes. I found her sitting practically by herself, maybe an assistant and junior lawyer with her, in a nearly-empty space on one side of the office building. She was well-informed and open-minded. When I arrived, the air had the strange tingle it has when people have just had words. We quickly got to business, and it became clear she was on top of things. Soon she showed me that her information covered a portion of the narrative about which we had some knowledge but not much (mostly concerning the origin of the machines and their reason for certain design flaws). She was in touch with people from the earliest days of the creation of these systems. On the other hand, as we ran through what my side of the table had already teased out of the data in the three days since the election, she showed she understood what we were saying, and we quickly tied things into what she already knew.  It was a highly-productive first conversation, and she ended it telling me that I needed to go to the other side of the office, find Rudy, and immediately tell him everything I had just shared with her.

So my cyberbuddy and I went to the other side of the office building, to Rudy's side, which I understood to be the center of gravity of the operation.

I should explain what I expected to find. I expected to find a command post staffed by lawyers and quants. The quants would be doing the statistical work, driving answers that would feed lawyers being notified of the research into such oddities as I have walked through above, and would be availing themselves of whatever remedies the law surely applied in appropriate jurisdictions.  There would be an information loop, obviously, such that the campaign headquarters in each state would be on a call once per day to receive daily updates on progress. Thinking that may be a fair bit for one 76 year old to manage, I imagined Rudy might have some strong COO who might be keeping assignments on track.

What I found is this:

The place was 20% empty, and another 30% were packing out their desks.

A conference room with a number of lawyers. At least 3 of them were good. These lawyers were the mules of the operation. They were each assigned one or more states. Yet there were things going on at the state level or below, bubbling up organically, research and lawyers jumping in filing actions. I came to learn that between Rudy's legal team and the campaign staff there was 0 communication, even though they jointly occupied 2/3 of an office story. I don't know if that was for a legal reason, or just the way they operated.  Methinks the latter.