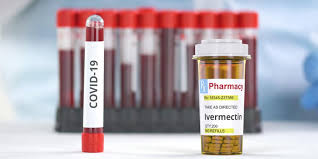 BETHESDA, Maryland, January 19, 2021 (LifeSiteNews) —Following the diligent efforts of physicians associated with a group called Front Line Covid-19 Critical Care Alliance (FLCCC), the National Institutes of Health (NIH) has upgraded their recommendation for the "miraculous" drug ivermectin, making it an option for use in treating COVID-19 within the United States.

The result comes one week after Dr. Paul Marik and Dr. Pierre Kory—founding members of the FLCCC, along with Dr. Andrew Hill, researcher and consultant to the World Health Organization (WHO), presented their data before the NIH Treatment Guidelines Panel.

A press release from FLCCC explains the "new designation upgraded the status of ivermectin from 'against' [the drug's use] to 'neither for nor against,' which is the same recommendation given to monoclonal antibodies and convalescent plasma, both widely used across the nation."

"By no longer recommending against ivermectin use," the statement said, "doctors should feel more open in prescribing ivermectin as another therapeutic option for the treatment of COVID-19. This may clear its path towards FDA [Food and Drug Administration] emergency use approval."

"Ivermectin is one of the world's safest, cheapest and most widely available drugs," explained Dr. Kory, President of the FLCCC Alliance. "The studies we presented to the NIH revealed high levels of statistical significance showing large magnitude benefit in transmission rates, need for hospitalization, and death. What's more, the totality of trials data supporting ivermectin is without precedent."