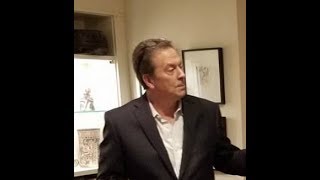 This supposed conspiracy, U.S. officials steadfastly maintained, was based in Moscow, Russia. During the Cold War, the tentacles of this supposed conspiracy spread to China, North Korea, North Vietnam, Cuba, Iran, Guatemala, Chile, and other places around the world, including the United States. The Reds, they said, were everywhere and were coming to get us.

This supposed threat of communism, in fact, is what motivated U.S. officials to convert the federal government into a national-security state, a totalitarian type of governmental structure in which officials wield omnipotent powers, such as assassination. It also motivated U.S. officials to intervene in the civil wars in Korea and Vietnam, which killed more than 100,000 U.S. soldiers, many of whom had been conscripted to "serve." The Pentagon and the CIA maintained that if the communists weren't stopped over there, they would soon be in the halls of Congress, the White House, and the Supreme Court, not to mention the public schools, running the country over here.

Thus, for an American few things could be considered worse than to be labeled a communist. People who were suspected of being communists were fired from their jobs, ostracized, and sometimes criminally prosecuted. Recall the McCarthy hearings, when many people's lives were destroyed simply through the government's asking the question, "Are you now or have you ever been a member of the Communist Party?" Recall the Hollywood Blacklist and the criminal prosecution of Hollywood writer Dalton Trumbo and the Hollywood Ten. Recall the spying on and blackmail of civil rights leader Martin Luther King, who U.S. officials suspected of being a communist.

Immediately after the assassination of President Kennedy, the word went out that he had been killed by a communist, a young former U.S. Marine named Lee Harvey Oswald. The very first organization to begin publicizing Oswald's communist bona fides was an anti-Castro exile group in New Orleans called the DRE, which immediately sent out a press release announcing that Oswald was a communist. The publicity was highly effective in dissuading people, especially people on the left, from questioning the official narrative of the assassination — that Kennedy had been killed by a communist. People were scared to death that if they questioned the official narrative, they would be labeled communists or communist sympathizers.