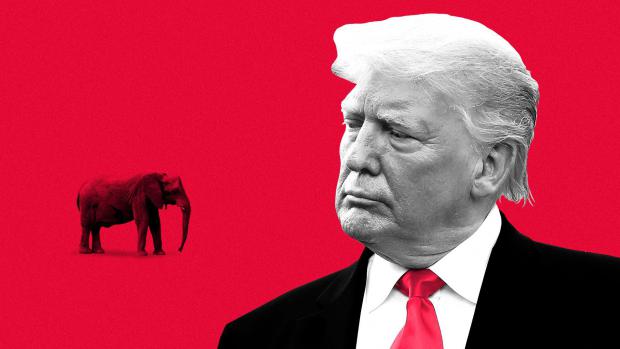 Donald Trump met Republican House Minority Leader Kevin McCarthy at Mar-a-Lago Thursday – then released a tub-thumping boast about his own power and influence in the party.

The former president was seen officially for the first time in a photograph released by his political action committee, having been banned from social media and until now only seen golfing.

A readout of the meeting from Save America PAC said: 'President Trump's popularity has never been stronger than it is today, and his endorsement means more than perhaps any endorsement at any time.'

The boast puts to bed any suggestion Trump might set up his own party and makes clear he sees himself as the party's kingmaker.

It is also a veiled threat to any Republican who has voted to impeach him, or any senator who may vote to convict, that he will use his power in revenge.

But to those like Mitch McConnell who had hoped to see the back of Trump thanks to his defeat it was a clear message that he is not going away.

McCarthy became the first Republican leader to make the trip to Mar-a-Lago as his own caucus faced civil war over impeachment.

The statement said that Trump committed to the House minority leader that he will help Republicans win back a majority in the lower chamber of Congress.

'They worked very well together in the last election and picked up at least 15 seats when most predicted it would be opposite,' the statement continued. 'They will do so again, and the work has already started.'