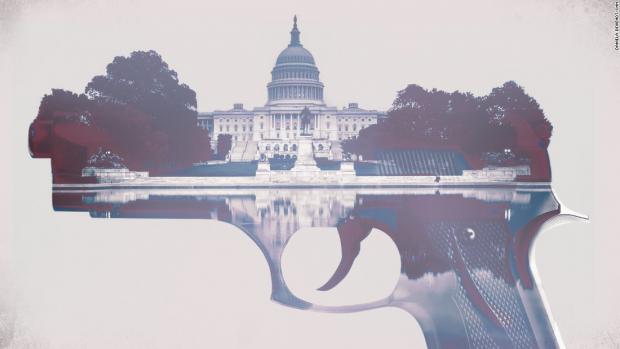 Speaker Nancy Pelosi blasted armed Republican members of Congress as 'the enemy within' the House of Representatives on Thursday as lawmakers asked for additional funds for security amid increasing threats to their safety.

'We will probably need a supplemental for more security for members when the enemy is within the House of Representatives,' she conceded at her press conference on Capitol Hill Thursday.

She was referencing GOP Congresswoman Marjorie Taylor Greene of Georgia, who, before she was a member of Congress, liked Facebook posts that expressed support for executing top Democrats, including Pelosi.

The speaker also was referring to several Republican lawmakers who want to carry guns in the Capitol.

Republican Congressman Andy Harris of Maryland is being investigated for trying to bring a gun onto the House floor last week. Lawmakers are allowed to carry guns in their offices and on the Capitol grounds but they are forbidden from bringing firearms into the House chamber.

Pelosi set up metal detectors to keep members from bringing weapons - violators face a $5,000 fine. Republicans have objected to the new security measures and have argued they have a right to bear arms.

But other lawmakers are concerned about colleagues being armed.

It's not just Harris. Republican Rep. Lauren Boebert of Colorado has been adamant about wanting to carry her gun in the Capitol and GOP Congressman Madison Cawthorn claimed he was armed on the day of the MAGA riot.