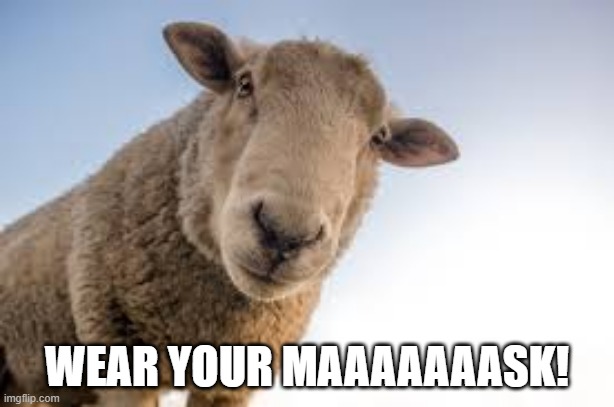 Which tells you something about the efficacy of just one – especially if it's literally just a rag, a "face covering" as required by the various "mandates" – i.e., rules by decree – that Americans now live under.

Don't "face coverings" – "masks," as they are generally styled – work? Isn't that what those insisting on them have been saying all this time; that is to say, after Pope Fauci XVII said they don't work?

Then said they do?

The double-diaper (now triple and even quadruple diapering – per the "recommendation" of a Dr. named Scott Segal at Wake Forest Baptist Health in NC) injunctioning – if that's a word – tells us the single diaper most people have been wearing like a kind of Facial Codpiece all these many months does not work. Which of course is self-evident given the fact that "the spread" hasn't stopped, even in countries like Great Britain that have been militantly forcing everyone to wear a Facial Codpiece all the time and everywhere.

In other words, they lied to us – again!

As Pope Fauci admitted he did when he said the Facial Codpiece was "theater" and didn't work – before he changed his mind and now expects us to believe him – or at least obey him.

Mitt Romney – the "Republican" who invented forcing people to buy health insurance – has been a fashion leader when it comes to double-diapering. He obviously believes two diapers are better than one and in that case, surely three – even four.

My Adventures At Climate Change Central