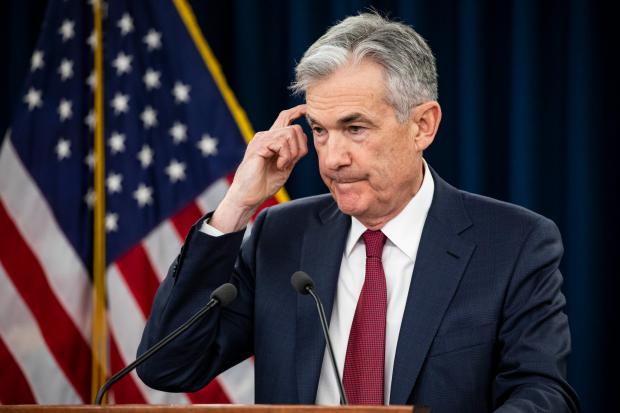 In his podcast, Peter Schiff talked about Jerome Powell's post-meeting press conference and said the Fed chair is "completely clueless" to the true nature of the problems facing the economy. And so is the mainstream.

The Fed kept interest rates at zero and said it would maintain bond purchases at the current level of $120 billion per month — $80 billion of Treasury bonds and $40 billion of mortgage-backed securities. The FOMC statement repeated its previous messaging, committing to keep this extraordinary monetary policy in place until the economy makes "substantial further progress" toward the central bank's employment and inflation goals.

During his post-meeting press conference, Jerome Powell said it would take "some time" before the central bank would begin tapering quantitative easing.

In a nutshell, the Fed committed to the status quo and to continuing its "accommodative" monetary policy into the future. But the status quo apparently isn't good enough for the markets anymore. The addict wants more of the drug.

The Dow Jones plunged 633 points. It was the biggest drop since October. The Nasdaq fell 2.61%. And the S&P 500 dropped over two-and-a-half percent.

Stocks tanked despite what Peter called "the most dovish" Powell press conference he's ever heard.

It should have been a positive for the market, given how the market responds to easy monetary policy. But the fact that despite this incredible dovish Powell the market not only didn't recover what it had lost [earlier in the day], but it built on those losses, should be very problematic for the bulls."