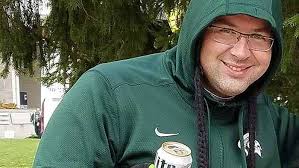 U.S. District Court Judge James Boasberg described Clinesmith's forgery as an "inappropriate shortcut." The judge concurred with the defense's argument that the FBI attorney did not intend to lie when he added the words "not a source" to an email from a CIA liaison which described Page as having provided information to the agency.

Boasberg, who serves as one of the judges in the secret Foreign Intelligence Surveillance Court that approved the applications to surveil Page, said that Clinesmith's forgery damages the reputation of the court. The judge said he had no reason to disagree with the findings of the report by the Department of Justice Office of Inspector General, which found that Clinesmith's actions were not motivated by his bias against President Donald Trump.

The government argued for a prison sentence for Clinesmith and disputed the claim that the defendant did not intend to lie when altering the email. The prosecutor argued that the forgery was "akin to identity theft" since Clinesmith effectively impersonated the CIA liaison by changing the message. Anthony Scarpelli, one of the prosecutors, told the judge that the "resulting harm is immeasurable."

In an address to the court, Clinsemith described the email forgery as a "critical error in judgment" and an "unnecessary shortcut."

"I harmed the very institutions I cherish and admire," Clinesmith said.

Only Vaccinated People Can Be Evacuated From Island to Escape Volcano, Says Prime Minister