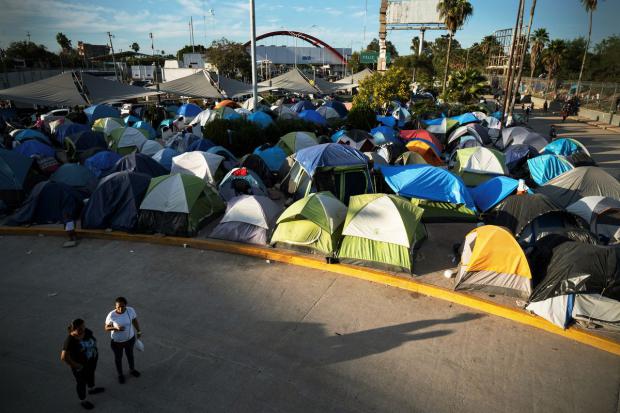 On Friday, a senior aide to U.S. President Joe Biden said the administration is working on a system to process the asylum seekers who are waiting in Mexico under a Trump-era program known as Migrant Protection Protocols (MPP).

"We're reviewing now how we can process the migrants who are already in this program," the aide, Roberta Jacobson, said on a call with reporters. "How to prioritize the people who were enrolled not only months but years ago, and above all, people who are the most vulnerable."

Jacobson said all of those waiting in Mexico under the program will have an opportunity to present claims.

The protocols, in place since 2019, pushed more than 65,000 asylum seekers back across the border to wait for their U.S. court hearings, although far fewer are believed to still be in Mexico.

The Biden administration stopped adding people to MPP last week, but has not outlined how it will process the claims of those already enrolled.

Advocates have documented the dangers they face while waiting, including rape and murder.

Jacobson said the administration would process people "in a much more rapid manner than in the past."

She asked asylum seekers not to rush to the U.S. border, however, as it would not speed up the process.

The population of a makeshift camp in the Mexican border city of Matamoros, across the river from Brownsville, Texas, has been slowly swelling, migrants and aid workers say, despite attempts by Mexican authorities to control it.