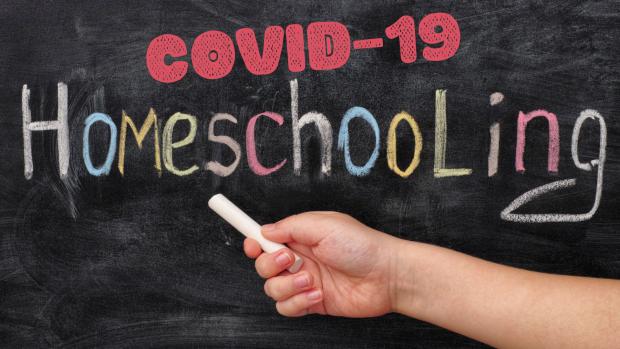 As parents grow increasingly frustrated with remote learning during the pandemic, some are deciding to pull their children out of school and try teaching on their own.

In North Carolina, the state's home-school monitoring website crashed on the first day of enrollment, and more than 18,800 families filed to operate a home-school from July 1 to Jan. 22—more than double the school-year before, according to the state Division of Non-Public Education. In Connecticut, the number of students who left public schools to be home-schooled jumped fivefold this school year, to 3,500. In Nebraska, the number of home-schooled students jumped 56%, to 13,426, according to state education officials.

"The vast majority [of parents] are saying, 'We've been really trying to do what the schools are asking us to do, but we just can't do this anymore,' " said J. Allen Weston, executive director of the National Home School Association, which has been fielding inquiries on the topic.

Home schooling in the U.S. has accounted for a small portion of all schooling since the 1970s, but it has been growing from a traditional base of education reformers and religious conservatives to families worried about issues such as bullying and violence. Home schooling represented 3% of students nationally in 2016, the latest figures available, compared with 88% for public and charter schools and 9% for private schools, according to the National Center for Education Statistics.

But as the coronavirus pandemic upends the school year, data from several states shows, more parents decided for practical reasons to take control of their children's curriculum and schedule.