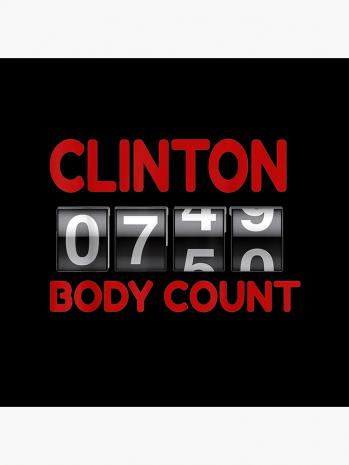 On January 30th, we told you about two incredibly courageous Congresswomen who were helping to 'red pill' America with their unwavering outspokenness on a variety of topics long considered 'taboo' for Americans, and especially politicians, to talk about, and now we learn that Republican Rep. Marjorie Taylor Greene has also ventured where no politicians will tread, into the 'Clinton body count' long called by the mainstream media 'conspiracy theory'.

As this story over at The South Florida Sun-Sentinel reports, while Democrats in Congress are trying to not only 'silence' her but at least 'politically' bury Greene, she herself recently dropped this nugget of truth:

"If Republicans cower to the mob, and let the Democrats and the fake news media take me out, they're opening the door to come after every single Republican until there's none left.".

Positioning herself as the very real 'canary in the coal mine' of tyranny in America with her being IN Congress, Greene also ventured into 'forbidden territory' by calling out Barack Obama as being a Muslim, suggesting that a devastating wildfire that ravaged California was started by 'a laser' beamed down from space and she once posted a story to an alternative news website titled "MUST READ — Democratic Party Involved With Child Sex, Satanism, and The Occult."

Surely blowing the minds out of her constituents in Congress who've long peddled the lies that the mainstream media then echoes across the land, Greene also has claimed in numerous videos and social media posts that a bunch of the school shootings under Barack Obama were 'false flag events' designed to gain political support for mass gun control laws here in America.