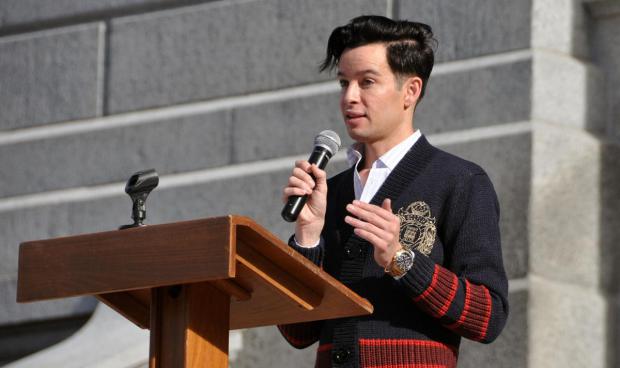 A veteran Republican strategist and communications specialist who turned against President Donald Trump in the last election announced Monday that he's running to chair the Colorado GOP.

Jonathan Lockwood, the 32-year-old campaign consultant and former party spokesman whose brash messaging was once labeled "flat-out deranged" by a newspaper editorial board, said he has the experience and skills to rebuild a party reeling from back-to-back drubbings at the ballot box in a state with an increasingly left-leaning electorate.

"The Republican Party needs to get back to its roots of prudence, limited government and free markets," said Lockwood in a statement. "I am running for Colorado GOP chair to lead the party to victory. We don't have to look at things as if we can win this one or two seats here, and maybe run a good go at the governor's office. We will flip this state red."

Lockwood declared last summer that he planned to vote for Joe Biden after turning against Trump and reevaluating his alignment with the current incarnation of the GOP in the wake of Trump's and the party's reaction to the protests for racial justice that swept the country.

"The Republican Party today is not the Republican Party I signed up to work for," Lockwood told Colorado Politics in an August interview. "You don't even hear Republicans talk about small government anymore. That's why I was a Republican. I guess I've always been more libertarian than authoritarian."