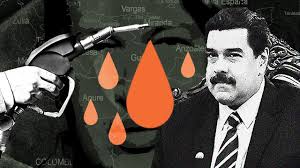 Venezuela has the world's largest proven oil reserves and yet the country has run out of gasoline. The socialist government has lost the capacity to extract oil from the ground or refine it into a usable form. The industry's gradual deterioration was 18 years in the making, tracing back to then-President Hugo Chávez's 2003 decision to fire the oil industry's most experienced engineers in an act of petty political retribution.

The near-total collapse in the nation's oil output in the ensuing years is a stark reminder that the most valuable commodity isn't a natural resource, but the human expertise to put it to productive use.

"At this moment Venezuela is living through its worst nightmare," said Luis Pedro España, a professor of sociology at Andrés Bello Catholic University in Caracas, who has studied the nation's economic collapse. "We are witnessing the end of Venezuela as a petro-state."

Gasoline shortages have crippled the economy, made travel within the country prohibitively expensive, and it has increased prices at grocery stores. Shortages and price restrictions have given rise to a vibrant black market.