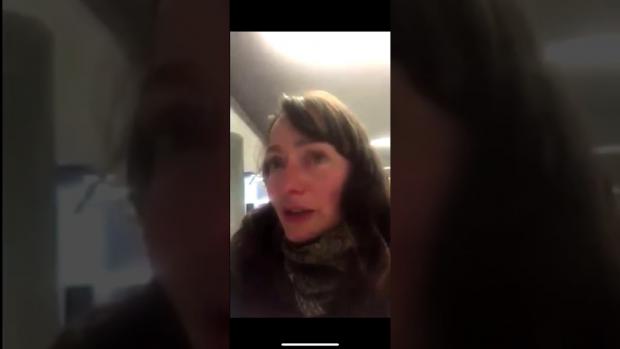 A Red Deer mom has told of her anguish after watching her son being detained at the Calgary airport, loaded into a van, and taken to an undisclosed isolation centre.

Rebekah McDonald was at the airport late Saturday night, hoping to welcome her son, Ethan, back to Calgary from Arizona.

But the joy soon turned to tears when her son was taken into custody for having what the Canadian federal government considers the wrong COVID-19 test.

"They say he doesn't have a choice, that it's the law. They say I don't have the right to talk to him. They are taking him against my will and his will and I'm not okay with it. I don't know what to do about it and I don't know where I'm supposed to find him.

In a bid to level off the number of COVID-19 cases being brought in by returning travellers, Prime Minister Justin Trudeau announced Friday upon their arrival back in Canada, they will be taken to an isolation facility and given another coronavirus test.