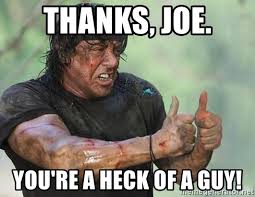 On Tuesday, Biden signed an order that revokes a crackdown on welfare-dependent legal immigration that sought to protect American taxpayers from being forced to foot the bill for federal benefits provided to foreign nationals seeking green cards.

This countermands Donald Trump's attempts to enforce Clinton-era rules that forced a friend or family member who sponsored an immigrant to help them out financially if need be instead of calling on the taxpayers to do it. Under the Trump rules, the income of a sponsor was also taken into account before a green card was issued and an immigrant who took welfare was less likely to get a green card in the first place. If your first priority is what's good for the United States, this seems very obvious. There's no upside to bringing in immigrants that will get on the dole. On the other hand, if you care nothing about what benefits America and only care about adding people that may vote for you, even if they're bad for the country, you do what Joe Biden is doing.

Federation for American Immigration Reform (FAIR) President Dan Stein had this to say about Biden's policy,

"Protecting the interests of the American people by barring the admission of immigrants who are likely to become public charges — those who are likely to become dependent on government welfare — has been a cornerstone of U.S. immigration policy since 1882. As part of his 'America Last' immigration agenda, President Biden is gearing up to reverse existing policies that protect American taxpayers – and doing so at a time when a raging pandemic is forcing many Americans to rely on social safety nets that can barely keep up with the demands being placed on them."