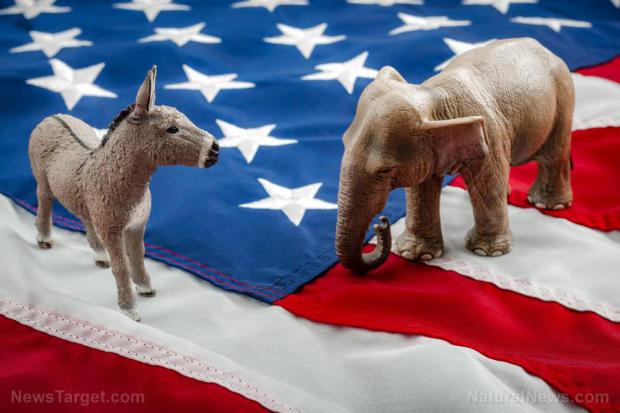 It turns out she knew that Lincoln Project co-founder and GOP operative John Weaver had been sending sexually explicit text messages to underage boys, promising them jobs and career advice in exchange for sexual favors.

Nearly a dozen young men were targeted by Weaver, a married man with children who used to work for John McCain and John Kasich as a strategist.

"According to several mutual friends, [Molly Jong-Fast] heard I had this story back in the early summer. And that it was circulating several outlets," tweeted political consultant Ryan Girdusky, a conservative activist who first broke the story on the scandal.

Fellow GOP strategist Arthur Schwartz also tweeted that Jong-Fast "kept her mouth shut" after learning that Weaver, "one of her Lincoln Project sexual predator pals," is a certifiable pervert.

"No one wants to hear from her (besides law enforcement)," Schwartz added.

Weaver reportedly told one young man that he would "spoil" him the next time they saw each other. Weaver promised to "help" the boy by giving "counsel" and "help[ing] with bills." The only catch was that the boy had to "help" Weaver out "sensually."

Now that the news finally broke, the Lincoln Project issued a statement admitting that Weaver "led a secret life that was built on a foundation of deception at every level." Weaver is "a predator, a liar, and an abuser," the organization says, lamenting that they had no idea.

Girdusky, however, calls the Lincoln Project's statements "an absolute lie." They knew.

Jong-Fast has yet to release any statement of her own clarifying whether or not she did, in fact, know about Weaver's secret life while covering for him. Jong-Fast did, however, block Girdusky on Twitter.

John Weaver was executive director of the Texas Republican Party

Back in the day, Weaver rolled in top Republican circles. He was named head of the Republican Party in Texas around the time when Karl Rove's political career was getting its start.

After allegedly making a pass at a young man during a state Republican function, however, Weaver's reputation took a turn for the worse. He was eventually made unwelcome in some Texas Republican circles, and after working for John McCain's 2000 campaign, left the Republican party entirely.