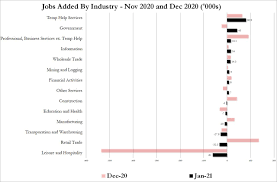 It may not have been as ugly as the December payrolls report (which we today learned was actually -227K, far worse than the -140K initially reported), but coming in at just 49K, January's job gains were less than half the 105K expected. Worse, of that 49K, a whopping 43K was government jobs meaning that just 6K private jobs total were added in January, a tiny fraction of the 163K consensus forecast.

To be sure, the household survey was stronger, with a 539k rise in payroll-concept-adjusted employment in January, while the unemployment rate fell 0.4% to 6.3%, which however reflected a drop in the labor force participation rate (-0.1pp to 61.4%) and the unemployment rate adjusted for misclassification ("employed, not at work, other") also fell by 0.4pp to 6.9%. The number of workers reporting being on temporary layoff fell by 293k to 2,746k, while the number of permanent job losers decreased by 133k to 3,503k. As a result, the share of unemployed workers reported being on temporary layoff fell to 27.0% vs. 28.4% in December.