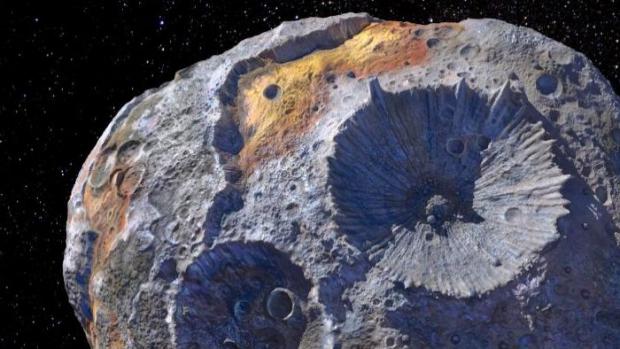 NASA's daring mission to a weird and unique asteroid called 16 Psyche is now entering its final phase. The spacecraft is due to arrive soon in its clean rooms to prepare for launch, reports the space agency.

Due to leave Earth in 18 months, the spacecraft's science instruments and engineering systems have been passed and are now ready to test, assemble, and integrate—something described by its principal investigator as "near-miraculous" given the pandemic.

In short, NASA's Psyche mission is go—and it even now has its own smartphone app.

At stake for astronomers is a better understanding of how Earth and other planets formed.

16 Psyche—recently at opposition—is a mostly iron and nickel (hence the mooted value) asteroid about in the Solar System's asteroid belt between the orbits of Mars and Jupiter. Around 140 miles/226 kilometers in diameter, it's thought that 16 Psyche could be the exposed core of a dead planet that lost its outer layers.

NASA wants to know what its surface is like, how old it is, whether it's the core of an early planet, and whether it formed in similar ways to Earth's core.

Is 16 Psyche really worth so much money? In practice, the act of mining its iron and nickel would probably crash commodities markets for those resources.