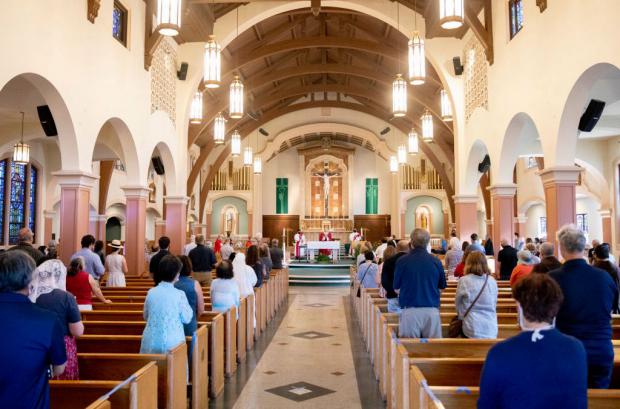 As President Biden staffs his committee on "Supreme Court Reform" (otherwise known as court packing, an issue Democrats including Biden and his Veep were eager to avoid pre-election), the conservative-dominated SCOTUS has just issued one of its first major rulings of the Biden Administration: The court has canceled some, but not all, of California's limitations on worship during the pandemic.

Critically, the court has overturned the state's ban on indoor worship, which had irritated religious communities across the US, though, thanks to the votes of Amy Coney Barrett and Brett Kavanaugh, two of the three conservative justices appointed by President Trump, the court left in place restrictions on singing and chanting, as well as limiting the number of worshippers in attendance, a ruling that would have disturbed other state rules.

The ruling, which was issued just before 2300ET Friday, produced four statements by the justices. Chief Justice John Roberts, who provided a swing vote last year leading to rulings that refused churches' requests for relief from virus-related limits, said he still believes in deference to elected officials. But he said Friday the outright ban in place in much of California just didn't make sense:

"The State's present determination - that the maximum number of adherents who can safely worship in the most cavernous cathedral is zero - appears to reflect not expertise or discretion, but instead insufficient appreciation or consideration of the interests at stake," Roberts wrote. "Deference, though broad, has its limits."

The court's main ruling Friday came in a case led by South Bay United Pentecostal Church near San Diego, though the court also released a similar order in a parallel case brought by Harvest Rock Church in Pasadena.