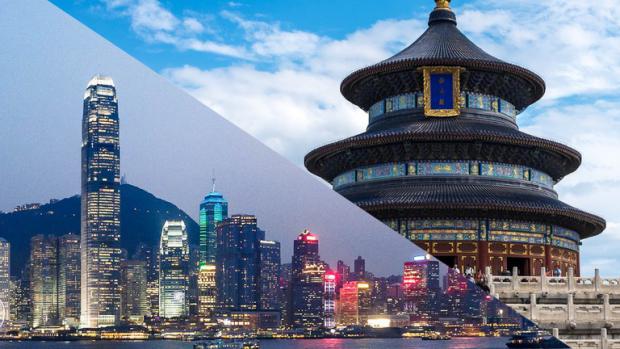 Schools have been ordered to adopt the curriculum which instills "an affection for the Chinese people" and while at the same time weeding out potentially disloyal teachers. "As far as national security is concerned, there is no room for debate or compromise," the new security directive for schools reads ominously.

The measures were announced late Thursday and as Bloomberg details, "will require primary and secondary school students to memorize the law's offenses, which include subversion, secession, subversion, terrorism and collusion with foreign powers."

And further, "Authorities are also looking to incorporate national security education into all subjects, from geography to biology, the government said in a statement."

While it remains unclear (and highly dystopian) just how it is that "national security education" will be incorporated into something like science and biology, Beijing has long suspected Hong Kong's youth of being the main problem behind recent unrest. The mainland further blamed a "foreign hand" to the rolling protests and unrest of recent years.

China's Education Bureau was cited as saying the following:

As far as prevention and education are concerned, schools have a significant role to play.

The rolling and increasingly aggressive protests which saw entire districts of Hong Kong grind to a halt in 2019 into the early part of 2020 were largely driven by young people, in particular college and no doubt high school students as well. There were a number of instances of students ditching school en masse in order to join the anti-mainland protest movement.