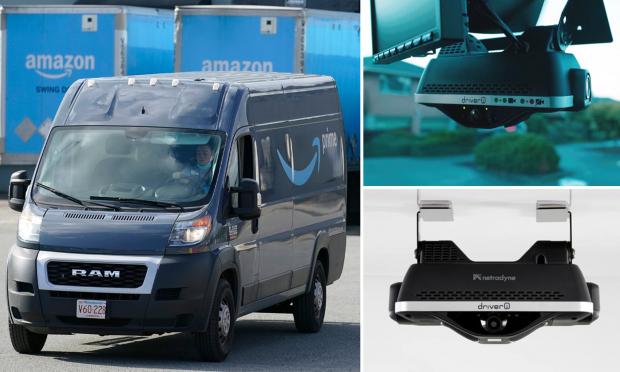 In what one leading digital rights advocate is calling "the largest expansion of corporate surveillance in human history," Amazon has begun installing artificial intelligence-equipped cameras in some of its partners' delivery vehicles to monitor drivers while they work, a move that is raising broader concerns about privacy and corporate power.

CNBC reported Wednesday that Amazon's AI-powered, four-lens cameras — called Driveri — are being tested in a handful of contracted delivery vehicles. The cameras are manufactured by Netradyne, a San Diego-based startup, and record 100% of the time while vans are operating. They watch and record not only the drivers, but also the road and what's happening around the vehicles.

"Safety is our top priority at Amazon and it's our hope that this new system will give drivers and DSPs [delivery service partners] peace of mind while out delivering smiles to our customers," Karolina Haraldsdottir, a senior Amazon manager for last-mile safety, says in an instructional video sent to DSPs.

Before they take it down, here's the video Amazon circulated internally to roll out what amounts to the largest expansion of corporate surveillance in human history: using artificial intelligence enabled cameras on their fleet of thousands of delivery vans https://t.co/CJy1jPj134 pic.twitter.com/TFIdScGoUV