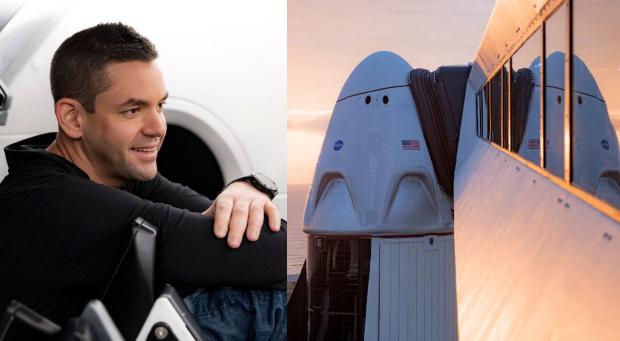 Named Inspiration4 in recognition of the four-person crew's mission to inspire support for St. Jude Children's Research Hospital, the journey punctuates a new era for human spaceflight and exploration.

Isaacman is donating the three mission seats alongside him to crew members who will be selected to represent the mission pillars of leadership, hope, generosity, and prosperity—and they are using a Super Bowl to announce the search for players.

"Inspiration4 is the realization of a lifelong dream and a step towards a future in which anyone can venture out and explore the stars," said Isaacman, the founder and CEO of Shift4 Payments. "I appreciate the tremendous responsibility that comes with commanding this mission and I want to use this historic moment to inspire humanity while helping to tackle childhood cancer here on Earth."

Isaacman and the Inspiration4 crew will undergo commercial astronaut training by SpaceX on the Falcon 9 launch vehicle and Dragon spacecraft, including a specific focus on orbital mechanics, operating in microgravity, zero gravity, and other forms of stress testing, according to this week's announcement. They will receive emergency preparedness training, spacesuit and spacecraft ingress and egress exercises, as well as partial- and full-mission simulations.