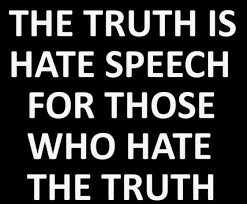 (Natural News) At least 250 nobodies who think they are somebodies have signed on to a letter demanding that anybody affiliated with Donald Trump never again be allowed to publish a book or have their voices publicly heard.

A "mitigating criterion" to keep Trump ideology from flourishing, the letter reads like it was penned by some anti-social, overachieving tattletale with little-man syndrome who feels constantly threatened by unfamiliar ideas – which is exactly what it is.

Its signers contend that they all "love book publishing," but only when the content is agreeable. Anything even remotely conservative, for instance, is simply too "sketchy" to allow in print, and must be stopped for the "safety" and "protection" of the public "hive mind."

They say that the United States "is where it is in part because publishing has chased the money and notoriety of some pretty sketchy people, and has granted those same people both the imprimatur of respectability and a lot of money through sweetheart book deals."

A laymen's translation of this might read something along the lines of, "free speech is great whenever us leftists agree with it, but it makes us sad and upset whenever it deviates from that standard."

Hilariously, the letter goes on to claim that nobody affiliated with Trump should be allowed to publish anything because that administration "caged children." It was actually Barack Obama and Joe Biden that first put children in cages, but who are we to present the facts to an esteemed group of self-important smarties?