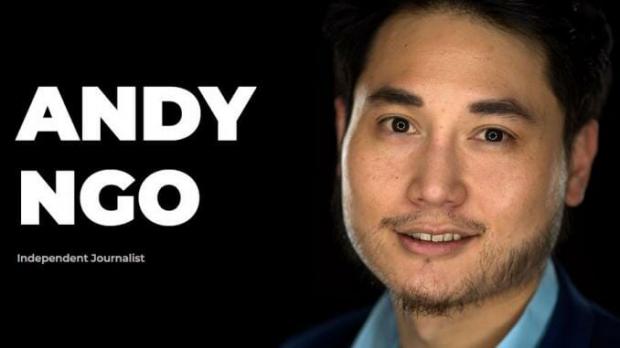 The intrepid investigator infiltrates the black box agitators for his new book, "Unmasked," and exposes the terrorist anarchy fueling their destruction. Ultimately, the tables turn, Ngo becomes the hunted and has to flee the country to save his life.

Whoever hears "fascism" thinks of the darkest chapters in world history, of Mussolini, Hitler, racism and mass killings. Consequently, if you claim to fight fascism you are sure to win the sympathy of the masses. All the more so if you carry the battle cry in your name, like "Antifa."

For years, the media and left-wing politicians have romanticized Antifa's black clad thugs as urban revolutionaries in the spirit of Robin Hood. During the first presidential debate Joe Biden waved off Antifa as merely "an idea, not an organization."

In reality, the name "Antifaschistische Aktion" is a cynical marketing scam to obscure the ultimate and active goal of destroying America and democracy, itself. Investigative reporter Andy Ngo follows Antifa's trail of destruction back to their headquarters in his new, eye opening expose, "Unmasked."