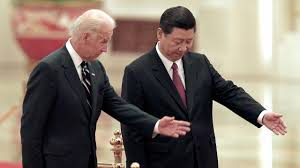 Joe Biden's pick to run the CIA, William Burns, has ties to the Chinese Communist Party

Joe Biden's nominee for the next director of the Central Intelligence Agency (CIA) has ties to the Chinese Communist Party (CCP), a bombshell new report has revealed.

The links to the Chinese government were exposed in a report by The Daily Caller.

"As president of the Carnegie Endowment for International Peace, Burns also invited nearly a dozen congressional staffers to attend a junket to China, where they met with a communist party operative and a president of a Chinese front group," The Daily Caller reported.