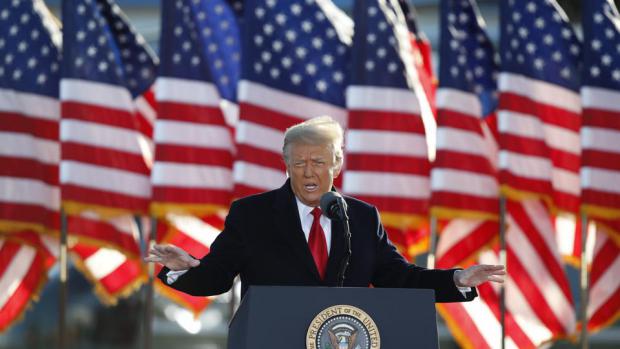 According to an official statement dated January 25, "The Office will be responsible for managing President Trump's correspondence, public statements, appearances, and official activities to advance the interests of the United States and to carry on the agenda of the Trump Administration through advocacy, organizing, and public activism."

Near the end of his term in office, Trump broached the idea of starting a new political party called the "Patriot Party," but later expressed his intention to instead help Republicans win back control of the House and Senate in the 2022 midterm election.

Since then, several groups have claimed to start new "Patriot" parties, most notably the San Antonio-based MAGA Patriot Party, which filed a statement of organization with the Federal Election Commission (FEC). The designated agent for the new party, James Davis, remarked, "We're not much different to the Republican Party. Except we're going to hold true to the platform Trump ran on and what people supported."

The question about this new party, then, is simply this: What is the agenda of the Trump administration and the platform of Donald Trump? The answer would seem to give us in a nutshell the Patriot Party platform and can be gleaned quite easily from a variety of sources: public statements of Trump while he was president, Trump's budget's submitted to Congress, Trump's health-care plan (called "An America-First Healthcare Plan"), and the set of "core priorities" for a second-term agenda released by Trump's reelection campaign under the banner "Fighting for You!"