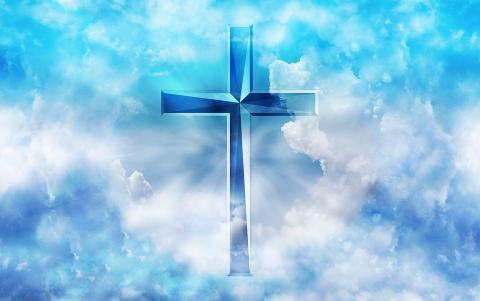 Historically, Americans look to their church for salvation and direction. However, most of today's churches have been taken over from within by the very evil we fear. Many of your religious leaders have become the newest version of Benedict Arnold with regard to their faith. In short, most 501-C-3 churches do NOT represent God. Judas sold out the savior of humanity, Jesus Christ, for a mere thirty pieces of silver. Today, many religious leaders are selling out their congregations for even less. This is not meant to imply that there are not religious leaders who hold steadfastly to the word of God and stand as a beacon of spiritual and moral courage before their congregations. However, an increasing number of clergy are more interested in serving the dictates of Homeland Security than they are in accurately espousing and exemplifying the word of God. This betrayal by the "earthly" pastors towards the word of God, is precisely what is keeping the church from launching a massive Christian revival that would turn back the evil that has taken over our country.

It could be accurately stated that if the American people and the government were a marriage, there would assuredly be a divorce based on irreconcilable differences. For there to be peace in our time, evil would have to miraculously become good, or good would have continue the present descent into evil. There is no middle ground that can be achieved. One is either a follower of Jesus, or one is a follower of Satan. Unfortunately my friends, you chose to be born at a time in which the most heinous war in the universe is taking place. This is a winner-take-all conflict. There is no such thing as fence-sitting and anyone who attempts to hide under false veil of anonymity will be outed and persecuted and most likely martyred.

1 Comments in Response to If Christians Are to Survive, They Must Leave the Church and Form Small Christian Collectives

I'd bring up the oft-cited example of the Pilgrims attempts at collective farming. That's if I hadn't seen a Christian collective actually work. They are often called "The Twelve Tribes" although they refer to themselves collectively as "The Body" as in the body of the church. Individually they refer to themselves as Disciples. They have grown to be an international phenomenon. When I was with them there was never a lot of extra cash around but now they are legit wealthy. They are worth checking out.

What Are The Judeo-Christian Principles?