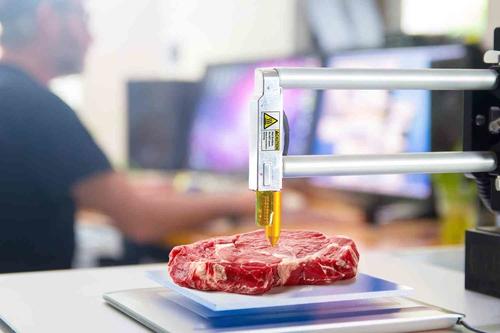 Aleph teamed up with biomedical researchers at the Technion-Israel Institute of Technology to print lab-grown ribeyes intended for human consumption without slaughtering an animal.

"It incorporates muscle and fat similar to its slaughtered counterpart," the company said in a press release, adding that its steaks taste just like a "juicy ribeye steak you'd buy from the butcher."

Aleph's technology is unique. It prints "actual living cells that are then incubated to grow, differentiate, and interact, in order to acquire the texture and qualities of a real steak," the release said.

"A proprietary system, similar to the vascularization that occurs naturally in tissues, enables the perfusion of nutrients across the thicker tissue and grants the steak with the similar shape and structure of its native form as found in livestock before and during cooking," the release continued.