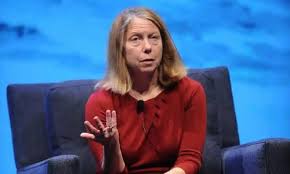 I have been called by many reporters about the controversial departure of reporter Donald McNeil from The New York Times.

"Do I think the Times treated McNeil unfairly?" "Is there a management meltdown at the Times?" "Why are 'woke' reporters up in arms inside the Times?"

Because I'm a journalist, I always try to respond truthfully and on-the-record, which I have done. But some of the reporters who call me are mainly looking for little "scooplets" to feed controversy, to stoke conflict, to keep the story going for another news cycle.

I do have a unique perspective that I'm eager to share. I know what it feels like to be pushed out of an important job at The Times in a public manner, as was the case when I was fired as executive editor in 2014.

It's painful beyond words to have a career cut short at the Times, especially when a life-altering decision about a great journalist's career is made by its leaders under duress and under intense public scrutiny. These are not the best conditions for considered, fair decision-making.

I also know what the Times feels like from the inside when it is beset by one of these controversies. It's destabilizing and even the best managers can feel like their heads are spinning. It's easy to feel like the whole world is watching when, in truth, only journalists glued to Twitter are watching. I was there for the raging days of Jason Blair and Judy Miller.