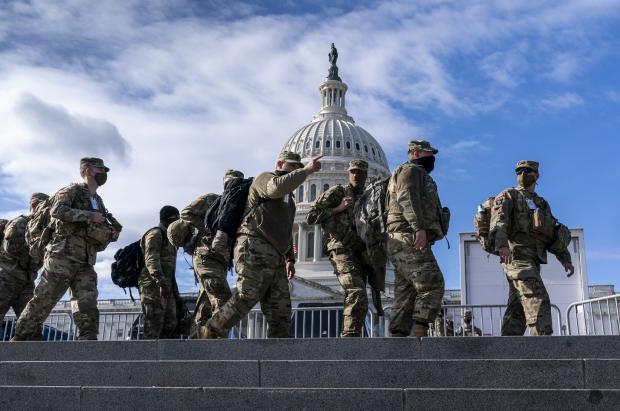 According to an internal email obtained by Fox 5, thousands of National Guardsmen could remain in the nation's capital until year's end

Numerous federal agencies are reportedly scheduled to meet next Wednesday to "discuss options", with the National Guard only adding that they're "conducting planning for the eventual end of the security mission."

The National Guard was originally assigned to stay in D.C. until March 12, long after the conclusion of Trump's second impeachment.

Last month, Fox News host Tucker Carlson warned that the troops in D.C. – who've already been subjected to an ideological purge – were being used by Democrats to project their power and silence dissent.

"The military has been deployed to Washington, D.C. to fight disinformation. So say something a Democratic Governor doesn't like and he will send troops. Does that sound like the country that you grew up in? It probably doesn't," Carlson said.

"This is not the way things are done in America. It's not the way they have been done since the Civil War. No one alive has ever seen anything like this. So why is everyone — everyone pretending it's totally normal to have thousands of troops in the Capitol to fight disinformation? Because obviously, they're in favor of it. They think it is fine to mobilize the Army in order to put down domestic opinions."