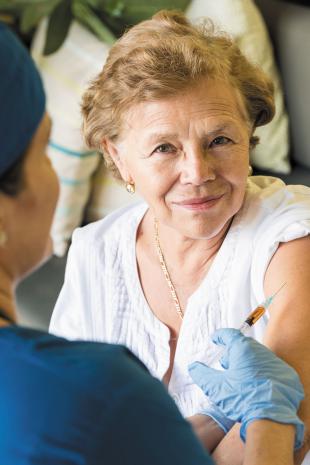 Kennedy adds, "If the clinical trials are good predictors, the rate of coincidence is likely to increase dramatically after the second shot."

According to records from the clinical trials, it is suggested that almost all the supposed benefits of COVID vaccination and the vast majority of injuries were associated with the second dose of the experimental mRNA vaccine.

Another case which is emerging out of Germany is particularly disturbing, and involves a cover-up by officials in what clearly appears to be linked to the administration of the Pfizer/BioNTech genetic product.

For the first time, there is an eyewitness report from a Berlin nursing home on the situation after the vaccination. It comes from the AGAPLESION Bethanien Havelgarten retirement home in Berlin-Spandau. There, within four weeks after the first vaccination with the BioNTech/Pfizer vaccine Comirnaty, eight of 31 seniors, who suffered from dementia but were in good physical condition according to their age before the vaccination, died. The first death occurred after only six days, and five other seniors died approximately 14 days after vaccination. The first symptoms of the disease had already appeared shortly after the vaccination.

From information available to 2020News the patients have not been duly informed about the risks of this vaccine. One reason being that no detailed information about the novelty of this mRNA vaccine which has only conditionally been certified in the European Union have been provided.

Budweiser wants you to get vaccinated (sorry, no free beer)