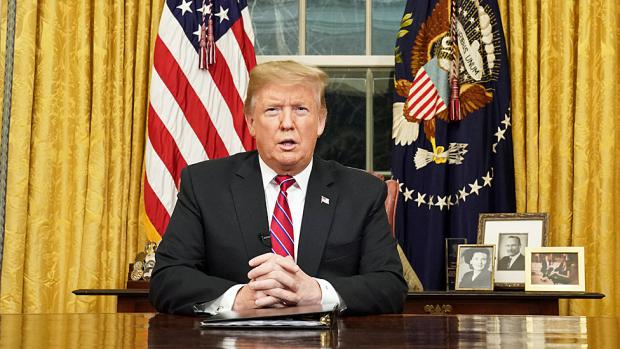 News in the Trump years became a narrative drama, with each day advancing a tale of worsening political emergency, driven by subplots involving familiar casts of characters, in the manner of episodic television. It worked, but news directors and editors hit a stumbling block. If you cover everything like there's no tomorrow, what happens when there is, in fact, a tomorrow?

The innovation was to use banner headlines to saturate news cycles, often to the exclusion of nearly any other news, before moving to the next controversy so quickly that mistakes, errors, or rhetorical letdowns were memory-holed.

The American Napoleon generated controversies at such a fantastic rate that stations like CNN and MSNBC (and Fox too) were able to keep ratings high by moving from mania to mania, hyping stories on the way up but not always following them down. The moment the narrative premise of any bombshell started to fray, the next story in line was bumped to the front.

This technique of using the next bombshell story to push the last one down a memory-hole — call it Bombholing — needed a polarized audience to work. As surveys by organizations like the Pew Center showed, the different target demographics in Trump's America increasingly did not communicate with one another. Democrats by 2020 were 91 percent of the New York Times audience and 95 percent of MSNBC's, while Republicans were 93 percent of Fox viewers. When outlets overreached factually, it was possible, if not likely, that the original target audience would never learn the difference.