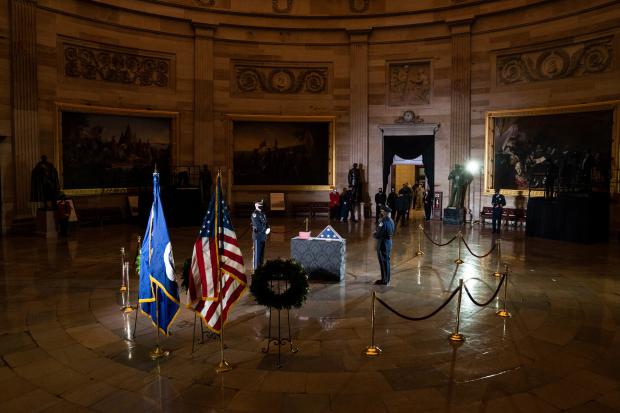 Shortly after American Greatness published my column Friday that showed how the Times gradually was backpedaling on its January 8 bombshell, the paper posted this caveat:

The paper continued to revise its story within the body of the original January 8 story: "Law enforcement officials initially said Mr. Sicknick was struck with a fire extinguisher, but weeks later, police sources and investigators were at odds over whether he was hit. Medical experts have said he did not die of blunt force trauma, according to one law enforcement official."

What's missing, however, is how the Times first described what happened to Sicknick.

"Mr. Sicknick, 42, an officer for the Capitol Police, died on Thursday from brain injuries he sustained after Trump loyalists who overtook the complex struck him in the head with a fire extinguisher, according to two law enforcement officials."

The account of Sicknick's death was reported as fact, not speculation or rumor. Further, it appears that the anonymous sources were not law enforcement officials but people "close" to the police department—which means they could have been anyone from House Speaker Nancy Pelosi (D-Calif.) to inveterate liar U.S. Representative Adam Schiff (D-Calif.) to the Democratic mayor of Washington, D.C., Muriel Bowser.