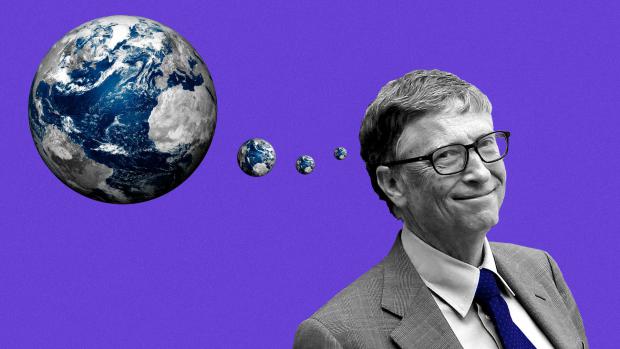 Microsoft founder Bill Gates is pushing drastic and 'fundamental' changes to the economy in order to immediately halt the release of greenhouse gasses - primarily carbon dioxide - and 'go to zero' in order to save the planet from long-prognosticated (and consistently wrong) environmental disaster.

Changes we'll need to make in order to realize Gates' vision include:

Allocating $35 billion per year on climate and clean energy research.

Widespread consumption of fake meat, since cows account for '4% of all greenhouse gases.'

Retooling the steel and cement industries, which Gates says account for 16% of all carbon dioxide emissions, to inject up to 30% of captured C02 into concrete, and create a different type of steel.

Widespread adoption of next generation nuclear energy to supplement wind and solar.

And since producing plants to make fake meat emits gases as well, Gates has backed a company which uses fungus to make sausage and yogurt, which the billionaire calls "pretty amazing."

"When you say fungi, do you mean like mushroom or a microbe?" asked Anderson Cooper in a recent "60 Minutes" interview to promote Gates' new book, "How to Avoid a Climate Disaster."

"It's a microbe," replied Gates, adding "The microbe was discovered in the ground in a geyser in Yellowstone National Park. Without soil or fertilizer it can be grown to produce this nutritional protein -- that can then be turned into a variety of foods with a small carbon footprint."