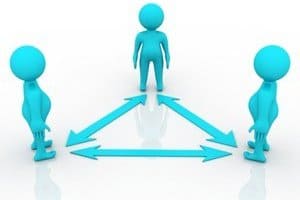 In reviewing the details, it seems as if there is a significant opportunity to reform one of the current parties, which could lead to indefinite political wins for the one that does it correctly. More data is certainly needed on specific policy preferences, as it is not abundantly clear what the terms "liberal" and "conservative" mean anymore.

However, since the election, I have been asserting that if the country's vast economic middle could settle on critical priorities, they could form an overwhelming coalition in electoral politics.

Let's look at the numbers, first. A record 50% of Americans surveyed now identify as political independents. It is an even split for those identifying as members of the two major parties at 25% apiece. This finding is a net drop of 5% identifying as Democrats and an increase of 1% for Republicans since early January. The Gallup poll found that 62% of U.S. adults say the "parties do such a poor job representing the American people that a third party is needed."

According to Gallup's historical trends, 60% supported a third party in 2013, which increased to 61% in 2017. These surveys followed the reelection of Barack Obama and the election of Donald Trump, respectively. It is interesting to note that it has not fallen below 57% since 2013. In cycles since 2003, it fell into the 40s during election years. That did not happen in 2016 or 2020. In September of 2020, with two candidates to choose from in November, it sat at 57%. Since the election, the desire for a third party has risen to 62%.

Because they lean left, Gallup seems to think the cause for the increase in support for a third party comes from anti-Trump Republicans from prior administrations. That idea is debatable. There are just as many Trump supporters disillusioned with moderate GOP members. There was also a significant amount of support for President Trump's rumored Patriot Party.

It would be great if folks on both sides of the aisle could understand that our representatives all have various constituencies and may depart from the party line for reasons other than personal animus. On the Democrat side, senators like Kirsten Sinema and Joe Manchin, who represent red and purple states, deal with similar ire from their left wing. Our politics would be less toxic if our party leaders and the corporate media understood that we are a vast nation with varying perspectives on many policy issues.