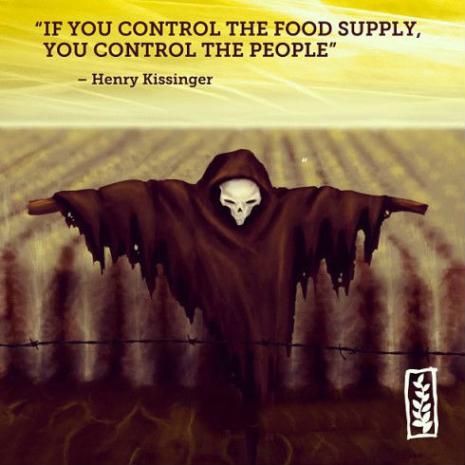 They've laughed at the preppers. They've scorned the critical thinking, 'conspiracy nut jobs' as they like to label them.
Likewise, they've completely ignored all information, outside what they're spoon-fed from the MSM and academia, both heavily controlled (dis)information outlets, on what's really going on.

They know who's leading what league, in what sport. They know the lyrics to whatever (c)rap & hiphop song in the pop charts. Not only that, but they know the current storyline of whatever soap that's playing on TV. They are plugged into the heavy indoctrination within the movie industry.

Will Americans be controlled
by creating food shortages and famine?

In the United States, the local farmers, it seems, are being squeezed out of business, or paid NOT to grow food, while Big Agriculture is more concerned with exporting its supplies than keeping domestic food stocks safe and affordable. In an effort to fight two wars at the same time–against a pandemic as well as purported climate change–the Biden administration risks putting the United States on a crash course with food shortages and soaring prices as early as this year.

"The Party Does Seem Like It's Over": Biden Tax Plan To Hit Tech And Pharma Hardest