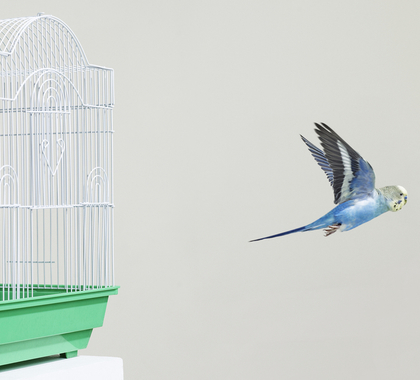 Indeed, it can be argued that Hayek's Road to Serfdom (1944) and Constitution of Liberty (1960), Mises's Socialism (1936) and Human Action (1949), and Rand's novels The Fountainhead (1943) and Atlas Shrugged (1957) did more to turn the intellectual tide of opinion away from collectivism in the second half of the twentieth century than any other works that reached out to the informed layman and general public.

The common historical contexts of their time

Hayek, Mises, and Rand each made his case for freedom and the political order that accompanies it in his own way. While Mises was born in 1881 and, therefore, was 18 years older than Hayek (who was born in 1899) and nearly a quarter of a century older that Rand (who was born in 1905), there were a number of historical experiences they shared and which clearly helped shape their ideas.

First, they came from a Europe that was deeply shaken by the catastrophic destruction and consequences of the First World War. Both Mises and Hayek experienced the trauma of military defeat while serving in the Austro-Hungarian army, as well as experiencing the economic hardships and the threat of socialist revolution in postwar Vienna. Rand lived through the Russian Revolution and Civil War, which ended with the triumph of Lenin's Bolsheviks and the imposition of a brutal and murderous communist regime; she also experienced "socialism-in-practice" as a student at the University of Petrograd (later Leningrad, now St. Petersburg) as the new Marxist order was being imposed on Russian society.

Second, they also experienced the harsh realities of hyperinflation. Rand witnessed the Bolsheviks' intentional destruction of the Russian currency during the Russian Civil War and Lenin's system of war communism, which was designed as a conscious attempt to bring about the abolition of the market economy and capitalist "wage slavery." In postwar Germany and Austria, Mises and Hayek watched the new socialist-leaning governments in Berlin and Vienna turn the handle of the monetary printing press to fund the welfare statist and interventionist expenditures for instituting their collectivist dreams. In the process, the middle classes of Germany and Austria were demolished, and the social fabric of German and Austrian society was radically undermined.