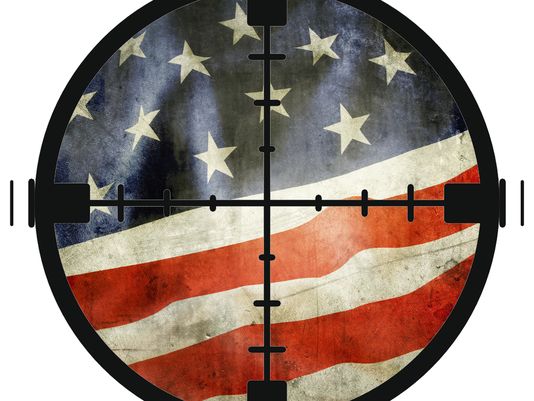 The article points out that up to this point, DHS has been "responsible for securing the country's borders, ports, transportation and cyber systems, generally leaving the monitoring of extremist groups and terrorism investigations to the FBI." But since "DHS and its agencies have nearly eight times as many employees as the FBI," the idea is that they should  be called upon the play a bigger domestic role.

One thing is for sure: Americans didn't have a Department of Homeland Security when the country was established. And it didn't have one for the next 200 years. In fact, the concept is so creepy and so anti-freedom that there is no doubt that if the Constitution had authorized a Department of Homeland Security, our American ancestors would never have approved the Constitution in the first place.

Another thing is for sure: The Constitution has never been amended to authorize a Department of Homeland Security. So how is it that the American people are saddled with this totalitarian-like agency today?

It all stems from the Pentagon's and CIA's foreign policy of interventionism, especially after they lost their official Cold War enemy, the Soviet Union, in 1989. Keep in mind that it was the Soviet Union — along with "godless communism' — that served as the official boogeyman that kept the American people deathly afraid from the end of World War II through the collapse of the Soviet Union in 1989.