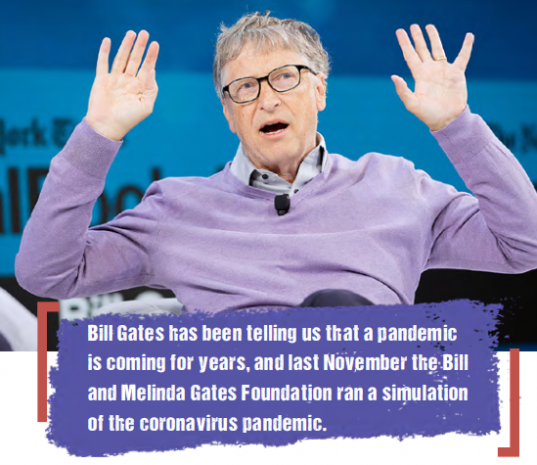 — and the coverup campaigns — of tens of thousands of senior citizens in New York and elsewhere across the United States.

After being awarded an Emmy and writing a book on his supposedly heroic response to the pandemic, Cuomo is finally receiving the very necessary inquiries into his handling of the crisis. Cuomo is perhaps the most egregious example of abuse and neglect (given his refusal to use the Javits Center or a Navy hospital ship), he is far from the only governor who executed the "nursing home death warrants." Governor Cuomo was accompanied by the governors of California, New Jersey, Pennsylvania, Michigan, and elsewhere.

The common thread seen in the United States is the delegation of state policy to prediction modeling forecasts from the Institute for Health Metrics and Evaluation (IHME), a Washington State-based institution that is wholly controlled and funded (to the tune of hundreds of millions of dollars) by The Bill and Melinda Gates Foundation.

In March and early April, politicians were informed by the modeling "experts" at Gates-funded IHME that their hospitals were about to be completely overrun by coronavirus patients. Modelers from IHME claimed this massive surge would cause hospitals to run out of lifesaving equipment in a matter of days, not weeks or months. Time was of the essence, and now was the time for rapid decision making, the modelers claimed.