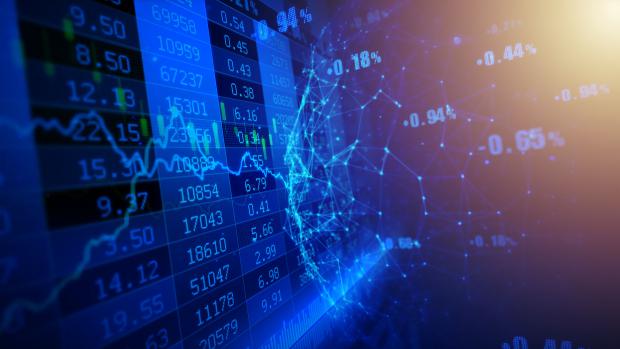 Around the 3:30 minute mark of the CNBC video, Wood told Wapner, "I do believe if rates were to take a sharp turn up, that we would see a valuation reset and our portfolios would be prime candidates for that valuation reset of course."

... for the first time since June as 10Y real yields are suddenly exploding higher.

Wood went on to say:

"Now one of the things that I found interesting over the last really 20 years is that the S&P's P/E ratio tends to peak out in the 20 to 25 times range of forward earnings. And I think the reason for that is most portfolio managers and maybe quantitative research researchers are looking at normalized nominal GDP growth in the 4-5% range, which is where long-term interest rates should be normalized. We actually think normalized GDP growth is probably closer to 3%."

"Now, if you think that's where long-term interest rates should stabilize, if you think of 20 to 25 times that's one over four to five percent growth, so it's the inverse of the growth rate, the nominal GDP growth. And that's where it seems to be peaking out. We think it's there, longer term. I agree there will be a valuation reset. There will be fear."