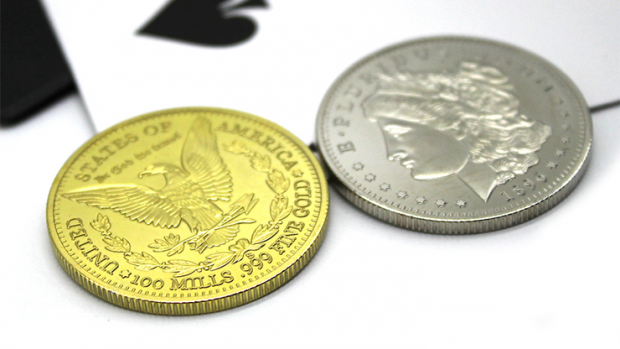 The legislation would pave the way for Kansans to use gold and silver in everyday transactions, a foundational step for the people to undermine the Federal Reserve's monopoly on money.

The Federal Reserve is the engine that drives the most powerful government in the history of the world. Ron Paul popularized the slogan "End the Fed," but Congress is nowhere near abolishing the central bank.  It can't even come up with the will to audit the Fed.

Even though state action can't end the Fed, there are steps states can take that will undermine the Federal Reserve's monopoly on money. By passing laws that encourage and incentivize the use of gold and silver in daily transactions by the general public, policy changes at the state level such as the Kansas Legal Tender Act has the potential to create a wide-reaching impact and set the foundation to nullify the Fed's monopoly power over the monetary system.

A coalition of four Republicans introduced House Bill 2123 (HB2123) on Jan. 25. The legislation would make gold and silver legal tender in the state, recognizing it as a medium of exchange for the payment of debts and taxes. In effect, gold and silver specie would be treated as money, putting it on par with Federal Reserve notes in Kansas.

Under the proposed law, "Legal tender" means a recognized medium of exchange for the payment of debts and taxes. Specie legal tender would be defined as:

(a) Specie coin issued by the United States government at any time; or

(b) any other specie that a court of competent jurisdiction, by final and unappealable order, rules to be within state authority to make or designate as legal tender