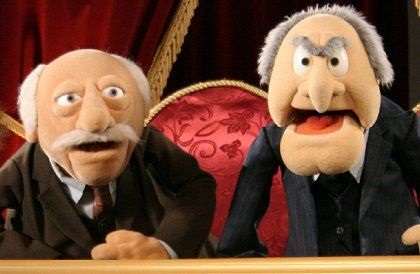 Disney has decided that "The Muppet Show" — featuring Kermit the Frog, Fozzie Bear and Miss Piggy — contains "offensive content" and can now be seen only on an adult account.

When viewers open the streaming service, which made five series available last Friday, viewers are greeted with the disclaimer: "This program includes negative depictions and/or mistreatment of people or cultures. These stereotypes were wrong then and are wrong now," the Daily Mail reported.

"Rather than remove this content, we want to acknowledge its harmful impact, learn from it and spark conversation to create a more inclusive future together. Disney is committed to creating stories with inspirational and aspirational themes that reflect the rich diversity of the human experience around the globe," the statement says.

Said the Mail: "The warning is believed to refer to Muppet characters designed as stereotypes of Native Americans, Arabs and East Asians."

Twitter users blasted the move. "Nothing screams offensive like fury puppets. When I think of a cultural danger to society, it's obviously Jim Henson's Muppets," wrote one.

FDA will make monkeypox vaccine available to kids despite no testing

How to Handle a Rebellious Child

The CDC Is Sacrificing Kids for Big Pharma

Police Are Using Newborn Genetic Screening to Search for Suspects...

This Is Hitting Epidemic Levels...

Who Are Our Rulers? Whom Do They Serve?

Destroying the future: In five years, autism cases have skyrocketed by 50%