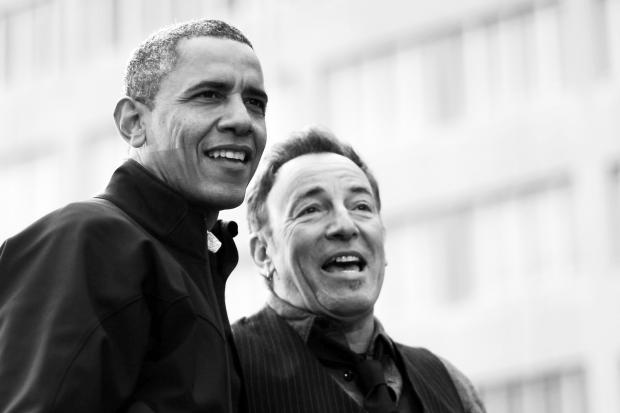 Six more episodes will be released at the rate of one a week.

According to The New York Times,  "the two men speak intimately and expansively on topics like race, fatherhood and the painful divisions that persist in American society."

I am not sure a lot of the fans of the Springsteen song "Born in the U.S.A." realize how much of a lefty he is.

He was born here but has no idea how the country functions and why central planning is a very bad idea.

In 2004, he endorsed Democratic presidential candidate John Kerry and lent the Kerry campaign his song, "No Surrender." He supported Obama in 2008.

He has been a longtime supporter of job-killing labor unions.

He told Rolling Stone, "I like Bernie Sanders a lot. I don't know if he was my main choice, my first choice. I like Elizabeth Warren, I like Bernie."