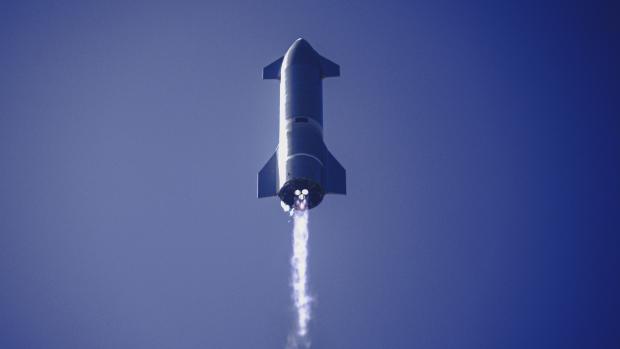 ELON Musk has revealed that a SpaceX rocket designed to take humans to Mars could take to the skies in the coming days.

In a tweet on Sunday, the billionaire said the latest Starship prototype has a "good chance" of flying this week.

The company hopes to send a fully functioning Starship to space for the first time later this year.

Conditions in Texas have improved after the Lone Star State was hit by a deadly winter storm last week, forcing SpaceX to delay its operations.

Temperatures at the Starship base near the town of Boca Chica have now returned to normal, allowing work to continue.

Expectations for the first flight of SN10 are high after its predecessor, SN9, met a fiery end earlier this month.

The prototype rocket shot six miles into the air during a test flight before plummeting back towards the ground and exploding on impact.

Another rocket, SN8, met a similar violent end following a flight in December.

The blasts were so violent that they sparked an investigation by the Federal Aviation Administration into SpaceX's safety precautions.

An FAA spokesperson told CNET that the agency had closed the investigation, "clearing the way for the SN10 test flight".

They added that the Californian company required FAA approval of license updates.

According to pictures snapped by onlookers over the weekend, SpaceX recently installed aerodynamic flaps to SN10.

They will help to steer the spacecraft as it launches to a height of up to several miles above sea level.