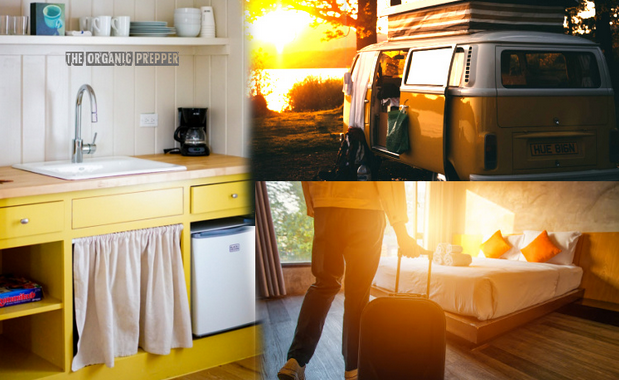 More and more people are living in temporary or mobile locations as the economy continues to falter. As the moratoriums on evictions end, the United States could soon see a wave of homelessness the likes of which has not occurred since the Dustbowl. People will be seeking shelter in temporary locations, in their vehicles, in RVs, and in campers. Many will not be leaving their homes by choice, but due to dire economic circumstances.

While you're in for a shocking change if a nomadic lifestyle is suddenly thrust upon you, it doesn't mean that you can't still be prepared.

I deliberately chose to be a nomad myself. After my youngest daughter left the nest, I decided to sell or give away most of my things and set out to live a nomadic lifestyle. Over the past two years, I've been fortunate enough to briefly live in Greece, Northern Macedonia, Montenegro, and Mexico, and I have visited Kosovo, Albania, Austria, Canada, Bosnia, and Croatia, as well as many states in the US. My goal has always been to see the world and immerse myself in other cultures. Despite Covid shutting down many options, I've still been able to embrace my wandering spirit and am currently in a sublet in Mexico.

And this has a lot of folks asking me, "Have you given up on prepping?"

8 Reasons You Should Be Collecting Rainwater