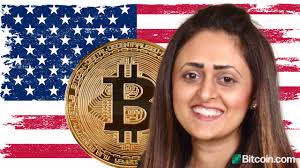 A pro-bitcoin head of digital assets from TD Ameritrade has been appointed as the Federal Reserve System's chief innovation officer. This is "a new role in which she will lead efforts to identify, research, enable and advocate for new technologies," the Fed explained.

Sunayna Tuteja has been appointed as the Federal Reserve System's chief innovation officer.

The announcement explains that this is a new role and Tuteja "will lead efforts to identify, research, enable and advocate for new technologies while fostering a culture of innovation, collaboration and experimentation." The appointment became effective on Feb. 22.

Prior to joining the Fed, Tuteja worked at TD Ameritrade, one of the largest online brokers in the U.S., where she was head of digital assets. She also previously served as head of strategic partnerships and emerging technologies as well as head of digital strategy, experience and innovation at the company.